This is a love letter to my parents, as I reflect on the day that they became parents. It’s hard to believe that you were ever new parents, as I’ve only known you to be so confident and surefooted in how you were raising us. But recently, dad was going through some old things and shared with me a letter that he wrote about the day that I was born.  Looking over that letter, I get glimpses into the joy and wonder of new parenthood for you both. I am thankful for the leap of faith you took in loving each other, and that out of that love you grew me and my siblings, our family, and our home. I am in awe of the strength and love that brought me into this world. I am thankful for the risks that you took, in faith and in love, to move across the world from the Philippines to the US, to raise us how you dreamed, and for the several moves after that, to make that dream a reality.  As I celebrate another year of life, it’s such a treasure to read those words on those papers. Because of that letter, I know that I was born on December 4th, at 9:07 pm (and 9 seconds).  I know that the lights were dim and that Mozart’s Ein Kleine Nachtmusik was playing in the background. I know that I was born after 6 pushes, that mom was propped up on four pillows, and that dad didn’t see me actually emerge because he was watching and holding you, mom. I can feel the love as you describe my first cry, my first bath, my first latch and my first visitors. I know that you planned to call me Casey (my initials are K.C. for Katrina Cecilia), but it never stuck. I am struck by how what you described as your experience was so similar to my own births with my girls. I know and feel all these things because of words written on a paper many years ago, that you shared with me. I hope to re-read this letter every year on my birthday and be reminded of the love that brought me into existence, a love that I hope to pass on to my children through stories of their birth (read those here and here) and all the big and small acts of love that came before and after they arrived.

Below is a transcription of that letter and some photos from those early days, when love existed before and after I was born. 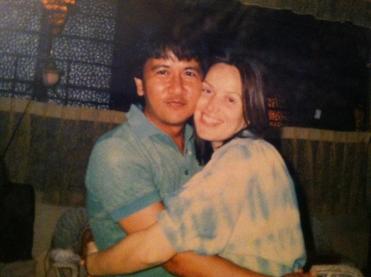 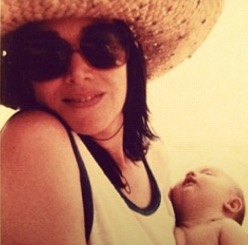 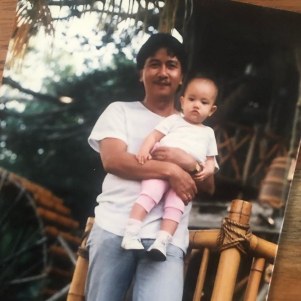 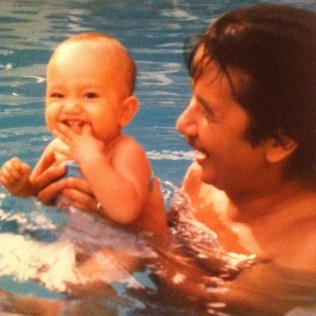 The following is an account of Casey’s birth as recorded in my diary for Dec. 4.

“Our baby was born tonight at 9:07. Cathy phoned while I was at Firestone (a client of mine) and told me that she was “leaking.” I hurried back to my office to pack my things and went to fetch her from Agriman. I expected to see Cathy slumped and in pain and was surprised to find her with two co-workers in front of the Wordstar and still nonchalantly working on their project study. We unhurriedly left for our house to get our gear and went right ti the Waterous Hospital, arriving there a five past seven. We booked the Lamaze room and after unloading our things and checking if Cathy was at ease with her breathing exercise, I went to look up our post-delivery room and called my sister, a general practitioner whom I asked to be our baby’s pediatrician. I was still on the phone with her when I got a call that Cathy was already fully dilated (she was 6cm when we arrived) and ready to be wheeled into the delivery room. It was 8:10 and Cathy was already in the delivery room when I got back. I hurried back to our room to get our gear, i.e. a tape recorder (w/ Mozart/Vivaldi music), a stopwatch, lollipop (for wetting her lips), a camera and a rolling pin for her backache. I asked that the room be darkened (w/ only one lamp pointed away from the table for illumination), that the tub of warm water for the baby’s bath be ready, and that a mirror be placed near the foot of the table and the lamp so Cathy can see the baby when she comes out. I also asked the staff to talk in whispers and to get 4 pillows for Cathy’s back since she would be delivering in a sitting position. She had a mini-prep just in case she’ll need an episiotomy (she didn’t) and after putting on Mozart’s Ein Kleine Nachtmusik, we went on to the business of delivering the baby.

The first tow contractions brought the baby to crowning. Even then, I was amazed at the bulging of the perineum, indicating that Casey was slowly coming down. The next three contractions steadily brought the baby forward, enlarging the perineum opening each time. As early as the third contraction I saw a piece of the baby’s scalp peeking out. I took a picture of the crowning but the bulb did not flash (the photo came out black). The OB was constantly saying, “Let’s do an episiotomy. It would be easier that way.” But we didn’t relent. Cathy even said, “God can’t be wrong, baby can come out as is.” Cathy bravely smiled throughout the delivery, even giggling at some of my jokes. If there was pain, she was hardly showing it except in the muscles of her neck as she bore down. I kept telling her to hold the contraction and bear down as long as possible, catching a breath quickly as when swimming. The sixth contraction did it and Casey came out in one quick sliding movement. I was then holding Cathy up and didn’t see her actually coming out. The OB caught her and I glanced at my stopwatch and it said 9:07:09 sec. The baby was placed on the sterile cloth covering Cathy’s lower belly, with her cord left intact and pulsating. She cried three times and was silent and the cord was clamped only then. The baby was squinting with one eye and had a furrowed brow — Cathy’s usual worried expression. She hardly had any vernix and was quite clean save for a few small, sticky things and an overall shine. Cathy said later she had a sweet,clean smell she immediately noticed but I was too excited to tell the difference. The OB cleared the cord to check the sex and saw it was a girl. I also checked her hands and feet and saw that everything was normal. Her hands were balled in tight fists and she kept wiggling. Later when she was calming down on Cathy’s stomach I took some pictures again. Afterwards, I lifted her by the neck and buttocks and dipped her in her bath, The water was not as warm as I had wanted but it was good enough for her. She wiggled slowly in the water, stretching her arms and legs in all directions. After several seconds she stopped wiggling and her pained expression ceased and replaced by a calm, wonder-like look. Her body also became less tensed as I moved her back and forth in the water and while the pediatrician was slowly combing her hair. While bathing her I had time to study her face and saw that she had my nose and mouth. After about five minutes, the doctor reminded me that it might be time to take her out. I lifted her but she wiggled in protest and so I put her back in. After another 30 sec I lifted her again (and this time she was quiet) and carried her to a waiting bassinet. The nurse suctioned out the secretions in her nose and mouth and she broke into a furious cry. At about this time Cathy also cried out and I left the baby and went by her side. The OB by this time was stitching her. This was the most painful part for Cathy, although the OB used anesthesia,she didn’t wait long for it take effect before suturing her, so I’m sure Cathy felt most, if not all, the stitches. She had about 8 or 9 stitches inside and 2 outside and the suturing took about 20 minutes — longer it seemed than the delivery. After the suturing I went back to the baby, this time already dressed. I carried her and placed her near Cathy’s breast for her first suckling. She went at it vigorously, with her hands tightly clasped as if in fervent prayer. I took more photos at this time. After about three or four minutes, the nurse took Casey for weighing and measurement. (She’s 7.1 lbs and 52 cm and had an APGAR score of 9). When I came out of the delivery room to return our gear I saw Mekit and Greg at the reception room. They were our most constant friends during the pregnancy (Mekit is Cathy’s maid of honor and they’re also expecting a baby in April). Just last night they were in our home, as in the last four nights when Cathy’s contractions had begun. They stayed for a half hour in the Lamaze room and took some shots of me.

Afterwards when Cathy and I talked about the delivery we were on in thinking that it seemed quite easy. There was pain no doubt but Cathy said it was a bearable kind of pain. She also said she didn’t mind having one again soon.

This is where my diary ended. We left the baby in the nursery for observation in the next 12 hours. We transferred to a bigger, nicer room in the morning, and promptly at 9am, the baby was delivered to our room where she stayed for the rest of our stay in the hospital. We wanted this arrangement so Cathy can breastfeed the bay on need and we can carry and hug the baby as much as we wanted. Three hours after the delivery Cathy was already able to walk and we went to the nursery to look and admire the baby. She’s a truly wonderful bundle of joy and Cathy and I are beyond ourselves in happiness that she has come to our lives. 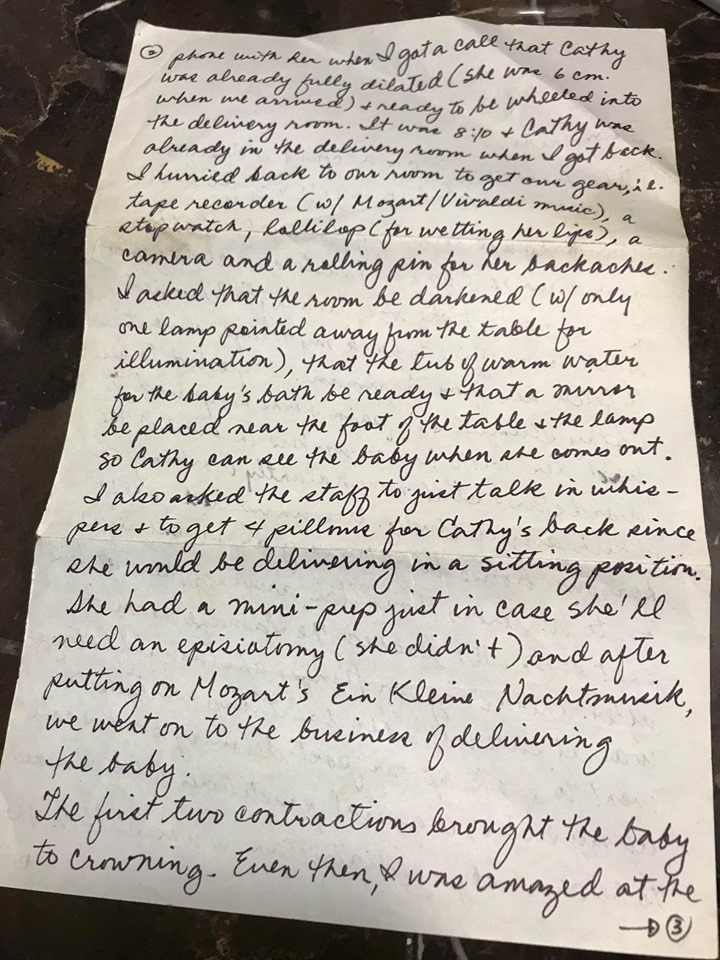 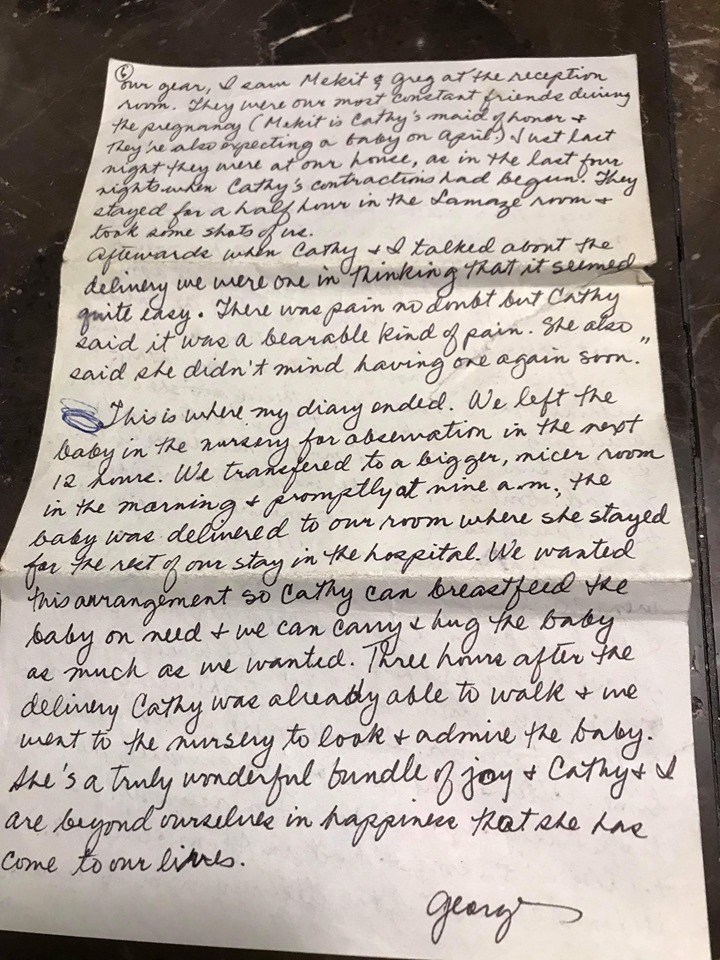